MOUNTAIN VIEW, Calif. – Autonomous driving technology manufacturer Waymo has received a significant external investment of $2.25 billion, with a large portion of the funds coming from the Canada Pension Plan Investment Board (CPP).

Waymo, which is owned by Google’s parent company Alphabet, has been developing autonomous Class 8 truck technology since 2017 with the use of what it calls the Waymo Driver.

Waymo calls its autonomous truck project Waymo Via, and the company plans to expand its testing of self-driving trucks along a pair of commercial corridors in the U.S. Waymo is also looking at cities like Los Angeles and several metro areas in Florida for autonomous truck transportation.

This recent external investment, announced March 2, is expected to help expand Waymo Driver – a technology that includes both trucks and passenger cars – which has driven more than 20 million miles on public roads across more than 25 cities.

“We’ve always approached our mission as a team sport, collaborating with our OEM and supplier partners, our operations partners, and the communities we serve to build and deploy the world’s most experienced driver,” said John Krafcik, CEO of Waymo. “Today, we’re expanding that team, adding financial investors and important strategic partners who bring decades of experience investing in and supporting successful technology companies building transformative products. With this injection of capital and business acumen, alongside Alphabet, we’ll deepen our investment in our people, our technology, and our operations, all in support of the deployment of the Waymo Driver around the world.”

Waymo’s factory in Detroit, which it says is the first factory dedicated to the mass production of L4 autonomous vehicles, has delivered the first Class 8 trucks and passenger cars integrated with fifth-generation autonomous hardware equipped with more powerful compute and sensing capabilities.

Other Waymo investors include the Mabadala Investment Company and Silver Lake, a private equity firm based out of California that invests into various technologies and technology-related industries.

“Waymo is the proven leader in self-driving technology, is the only autonomous vehicle company with a public ride-hailing service, and is successfully scaling its fully driverless experience,” said Egon Durban, co-CEO of Silver Lake. “We’re deeply aligned with Waymo’s commitment to making our roads safer, and look forward to working together to help advance and scale the Waymo Driver in the U.S. and beyond.” 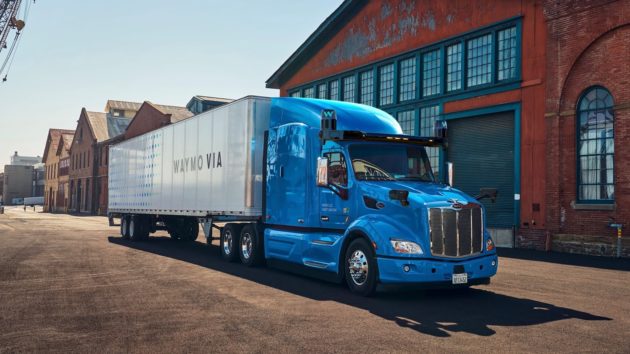 Nashville tornado spares TA in a near miss